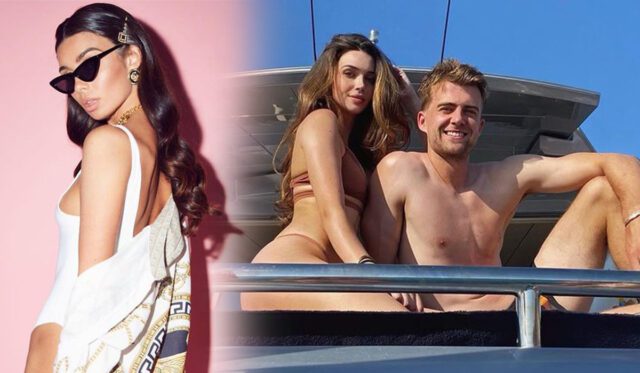 In this piece, we will get to go beyond the camouflage of Patrick Bamford’s girlfriend Michaela Ireland. We don’t intend to cut through anyone’s privacy, we only want the fans to feel closer to the players and who they are beyond that field.

Leeds United forward Patrick Bamford has failed to replicate the kind of form which saw him earn a call up to the England national team last season. Unlike the 2020/21 season, the forward has not got the numbers to back him and his side’s underperformance could be a part of his lack of goals while injuries have also played it part. Nonetheless, Bamford is bent on helping his side escape relegation and ensuring their stay in the Premier League for at least another season.

Can’t keep it over his head though, Patrick Bamford has been an integral part of Marcelo Bielsa’s Leeds United for the last couple of years and that baton is expected to be pushed ahead under Jesse Marsh. That aside, the main purpose of this article is to go beyond the veil and take a look at Bamford’s personal life with his better half in Michaela Ireland.

WHO IS MICHAELA IRELAND?

Ireland was born on November 16, 1991, meaning she is 30 years old. She is an English model, an Instagram influencer as well as a chef. Despite being in the limelight for the kind of work she does, Michaela Ireland likes to keep issues of her family life private, meaning there is little or no information known about her parents, education or siblings.

Bamford and Ireland reportedly met for the first time in 2018, while the striker was on loan at Middlesbrough from Premier League side, Chelsea. Following their first-ever meeting, the pair were said to have started dating shortly.

The pair welcomed their first child earlier this year, naming her Emilia Lily Bamford. They have been together for the past four years and could be heading to tying the knot in the next few years or probably soon.

Ireland is a fashion person and that has led to her being featured in multiple highly-rated magazines. The 31-year-old has a huge following on social media as her Instagram has over 16,000 followers.