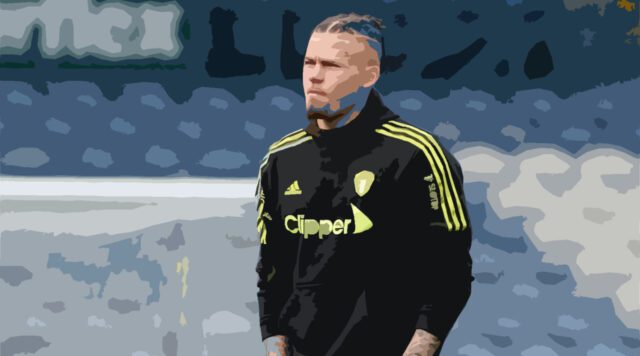 Kalvin Phillips’ career is set to come to real crossroads this summer, regardless of whether Leeds United remain in the Premier League. He is garnering a lot of interest from other English clubs and will be linked with a move away from Elland Road as the transfer market opens.

His aspirations for England ahead of the 2022 World Cup may influence where he feels he will be best suited. If Jesse Marsch’s men are relegated, Paul Merson believes he will need to contact Gareth Southgate to seek advice.

“If Leeds do end up going down, it’ll be a hard summer for Kalvin Phillips,” Merson said in his weekly Sky Sports column. “There will be a big conversation with Gareth Southgate, if I’m honest. He will go to Gareth and ask, ‘Do I need to be playing in the Premier League to make the World Cup squad?’ and I think that will be a big part of it.”

If Leeds can stay clear of the relegation zone on the final day, Phillips’ impending exit may not be a concern for the fans. However, if the Whites are relegated, it appears likely that Kalvin Phillips will go, and Merson has examined his possibilities.

“I don’t think Phillips is too good for Aston Villa, who have been linked with him recently,” the former Arsenal striker claimed. “It’s a massive football club and he would be playing under one of the greatest English footballers of our generation in Gerrard. So Villa would be an unbelievable move for him. He can’t go to Manchester United because you play for Leeds, or you’re a Leeds fan. That’s an absolute no-go, even though Man United need him more than any player.

The midfielder certainly has plenty of options to choose from and a move elsewhere could be best for the player who has proved to be one of the best midfielders in the Premier League and his performances at the recently concluded Euros 2020 earned plenty of plaudits from the fans too. Nothing is finalized as of yet, but more clarity on the situation could arrive after Leeds’ fate is decided for next season.