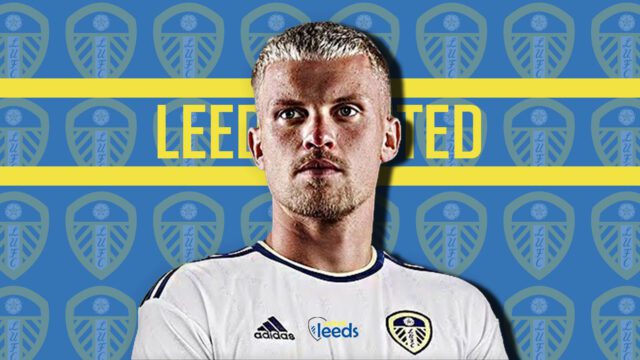 Amongst the highest-spending clubs in the transfer market across Europe this summer, Leeds United continue to be linked with several young talents across the continent, with the club evidently backing the manager’s long-term project moving into the new season. Having already acquired the services of Tyler Adams, Rasmus Kristensen, Marc Roca, Sonny Perkins, and Luis Sinisterra amongst a handful of other players, the Yorkshire club have most recently been linked with a move for PSV Eindhoven left-back Philipp Max as they look to strengthen the position ahead of the new season.

According to reports last week, Leeds are said to have made a £7 million offer for the 28-year-old German international. However, according to Eindhovens Dagblad, PSV remain unwilling to sanction a sale for the player until late August, with the report adding that the Eredivisie club is likely to only consider “ridiculous bids” for their first-choice left-back moving into the new season.

With Leeds’ Junior Firpo continuing to recover from a knee injury sustained during a pre-season friendly against Blackpool earlier this month, March is likely to enter the season with Leo Hjelde as the only natural left-back; having made only three appearances whilst mainly being involved in the U-23’s last season. Although a move for Max seems unlikely, hitherto, owing to PSV’s reluctance to negotiate a deal, the German international could still move to Elland Road provided Leeds United significantly increased their offer before the end of the transfer window.

Having gained enormous experience – registering almost 150 appearances – during his days representing Augsburg and Schalke in the Bundesliga, Max is certain to add an air of maturity to an otherwise young and hungry set-up at Leeds United. Having only moved to PSV in 2020, the left-back has since made 91 appearances for the Eredivisie side, accounting for an impressive eight goals and 18 assists in his two years at the club; earning him an international call-up in 2020.

Renowned for his attacking prowess, Philipp Max establishes himself as a consistent creator whilst boasting impressive technical ability on set-pieces. Moreover, considering Leeds’ narrow attacking set-up, the German left-back fits the required profile, owing not only to his attacking ability but also his defensive traits in efficiently executing standing and sliding tackles on the pitch. Additionally, the left-back emerges as a player seldom facing injury issues, having missed only a handful of matches in his career owing to fitness issues.

Amongst the most promising left-backs in Germany during his days in the Bundesliga, Philipp Max is likely to solve Leeds’ issues in the position provided a move to Elland Road materialises this summer. Having garnered praise from numerous figures including former German national team coach Joachim Low, the 28-year-old left-back could significantly strengthen the team’s prospects on the left flank for the upcoming campaign. Moreover, with Leeds short on options at left-back, Max is certain to provide more than adequate quality in the position, with the German expected to cement his place in the starting line-up provided he moves to Elland Road this summer.