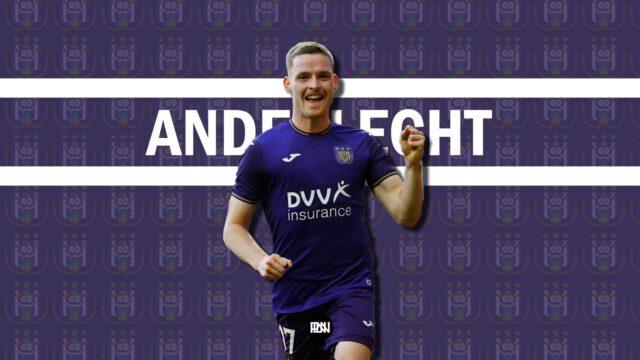 Jesse Marsch’s appointment has brought some new positivity to the club, and it has been reflected on how they have been performing in the recent matches.

While it is not a given that new bosses bring new promises with them, it is more often the case than not. In the case of the American, Marsch, it’s the case alike. And as a new man looking to impose himself in the league and amongst the players, it is not a surprise to see him being interested in buying some fresh new faces in order to strengthen up the squad.

In the recent developments, teamtalk reported that Leeds and Victor Orta, Sporting Director, are eyeing some defenders. Defence is, indeed, a backbone of any side, one where Leeds have struggled to shine this season. The Yorkshire based club has leaked a total of 68 goals this season, only in the League competition- with 6 matches left to play.

So, no matter what, it does not sound vague when the Whites are being linked with defender who are really worthwhile to watch!

One of the defenders that is on the list of the Leeds’ must-haves is the 21-year-old Spanish left-back, Sergio Gomez. The young starlet has been firing all guns blazing this season for the Belgian side, RSC Anderlecht. With 12 assists in the league this season, Gomez stands clear in the charts of being one of the best creators of the Belgian league.

However, it was not always that easy ride for the Spanish. He is a La Masia product but was not suited for the Barca squad as per many staffs who worked closely to the youngster. In order to find playtime, Gomez moved to Germany at Dortmund. But, even that was not enough to showcase his abilities.

Should Leeds go for Sergio Gomez?

Now, Gomez has surely outgrown himself from his own past and it has been evident enough, so far in the season. As far as Leeds are concerned, they need someone to fill in for Junior Firpo’s absence. While Firpo was bought from Barcelona to run the show at the Elland Road, the Dominican Republic player- more often than not- has been found missing from the squad due to injuries, illness or COVID-19. As much as everyone backs Firpo in such a harsh time, it is clear without a shadow of the doubt that managers and the board don’t want their team to suffer as well. So, it makes sense why Victor Orta is taking the lead to go all-out to buy a defender for the club.

However, coming back to Gomez and his chances of making a move away from Belgium. Well, it is looking pretty strong that the Spanish will be moving to pastures anew. Leeds United are currently monitoring their move, while also having a competition from other clubs given they try to make a move for the Spanish.

That being said, I think Sergio Gomez deserves another chance with the way he has been moving in the Jupiler Pro League currently. And marriage with Leeds could just be the spark that the Spanish was looking for. While Leeds can also be benefitted from the prowess of the left-back down the flanks.