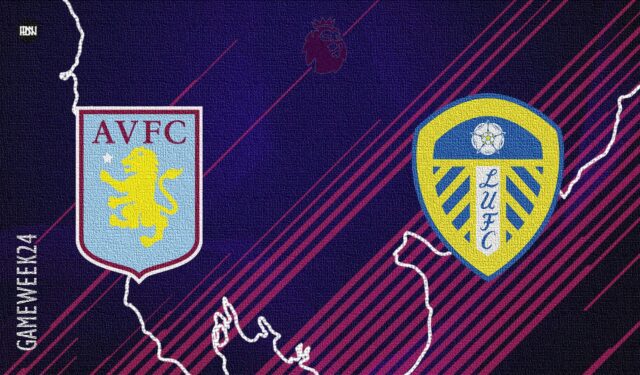 Aston Villa host Leeds United at Villa Park this Wednesday as the Premier League returns to action following the end of the international break. With both clubs in need of improving their results and consistency amidst a heated race for a top-ten finish, Wednesday’s fixture is likely to deliver an intense encounter between the two sides.

Although unbeaten in two league games heading into the fixture, Villa will be keen on improving their results over the coming weeks. Since the appointment of Steven Gerrard as manager, Villa have gradually grown impressive in their performances, with the club having generously recruited over the winter transfer window. Given the tight race for a European spot, the Villains will be hopeful of finishing in the top half of the table at the end of the campaign.

After seemingly gaining momentum ahead of the international break, a disappointing loss to Newcastle United meant that Marcelo Bielsa’s side failed to register their third straight victory before the break. Now, with the team in need of finding positive results whilst improving their league position, a win on Wednesday could propel them towards the top half of the table.

New recruit Calum Chambers is expected to be included on the bench on Wednesday. Amongst the returnees, Bertrand Traore is likely to strengthen the bench after returning from international duty with Leon Bailey expected to return soon, having suffered a thigh injury.

Marvelous Nakamba remains sidelined with a long-term injury with Gerrard expected to field the same starting XI that saw them triumph at Goodison Park in their previous league encounter.

Having dealt with numerous injuries before the international break, Leeds are expected to have a comparatively experienced match-day squad on Wednesday. Jamie Shackleton, Adam Forshaw, and Charlie Cresswell are likely to be in contention to face Villa with the likes of Patrick Bamford, Junio Firpo, Liam Cooper, and Kalvin Phillips yet to return to full fitness owing to their injuries.

Raphinha is expected to be included in the starting line-up despite sustaining a minor injury during international duty, with Bielsa expected to field his strongest line-up on Wednesday.

With both teams in need of a victory, the mid-week encounter is likely to produce a palatable encounter between both sides. Having looked reasonably impressive in recent weeks, Villa will be hoping to find consistent results with the visiting team keen on securing, at least, a point on Wednesday.

Given Leeds’ boisterous approach, Gerrard will be keen on exploiting the space on the flanks and through the middle of the park on Wednesday. Considering the absence of numerous key players within the visiting side, Villa will be hoping to dominate possession and adopt a proactive approach whilst remaining solid in defence against Leeds. Having kept only one clean sheet in their last five outings, Gerrard will be keen on improving the team’s defensive numbers over the coming weeks.

Meanwhile, the visitors will be hoping to deliver a resounding result on Wednesday. Having won only two of their last five league fixtures, Bielsa will be keen on witnessing an upturn in results over the coming weeks. With Villa vulnerable in defence, Leeds will be hoping to exploit the home side’s weaknesses in the backline. Although struggling to keep clean sheets, the visitors will be focused on securing a significant three points on Wednesday.

Having shown impressive displays since his move to Villa in January, Digne is likely to play a major role under Gerrard’s stewardship over the coming weeks. Given Leeds’ attacking approach, Digne’s energy combined with his technical skill make for a deadly combination in exploiting the space available on the flanks on Wednesday.

Although facing a tricky customer in Raphinha, Digne will be hopeful in nullifying his impact and imposing his skill in hopes of delivering a competitive performance against Leeds.

Leeds’ most impressive forward this season, the Brazilian is expected to majorly influence the team’s prospects over the coming weeks. With the team heavily dependent on his creative attributes, Raphinha’s impact will play a role in Leeds’ attacking prowess on Wednesday. Currently standing as the team’s highest goal-scorer this season, the winger will be keen on delivering consistent performances heading into a pivotal phase of the campaign.