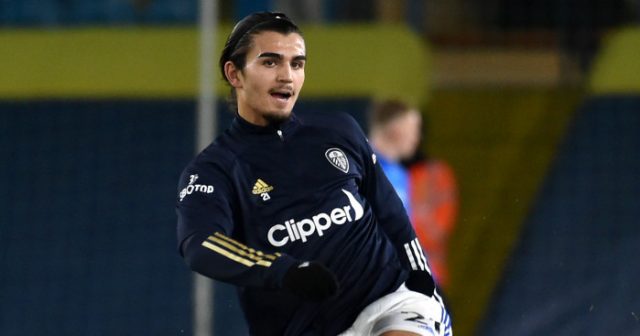 Pascal Struijk, the 21-year-old is making heads turn not only at the club but also at the international level. He has played most of the season as a makeshift centre-back and also has the ability to play as a defensive midfielder.

Even though he has put in some sturdy performances whenever called upon their 3-1 win against Leicester brought many people’s attention to the young lad who goes about his work calmly and nonchalantly.

Pascal Struijk is a graduate of the Ajax academy and that is one place where talents are produced on a regular basis. According to De Telegraaf the youngster could be tempted to make the switch to Belgium as it is the country of his birth.

Struijk is comfortable with the ball at both his feet and this can go back to the training in his Ajax days which makes him even more clinical on the ball which we all know is very important when Bielsa is around. He has played 13 matches for Leeds this season and looks like he has found his groove.

MUST READ: What 49ers increased stake could mean for Leeds United

It also makes sense in terms that the Dutch national side already has star defenders like De Ligt and Virgil van Djik in the roster and Struijk would have to be lucky to get any regular first-team action whereas the Belgium side has an aging Jan Vertonghen whose peak already looks like it’s behind him as their main Centre back option. Pascal Struijk would find it easier to find a path into Belgium’s first team as compared to that of the Netherlands.

Struijk has already applied for a Belgium passport and it seems like Roberto Martinez is more than eager to try and get the youngster into the thick of things with the national side. Struijk has already represented the Holland national side in the U-17 age group. These rumours may be far-fetched as of now but it looks like a move to the other side could very well be on the cards if Roberto Martinez, the coach of the Belgium national team can get the current holland defender to buy into his long term vision.