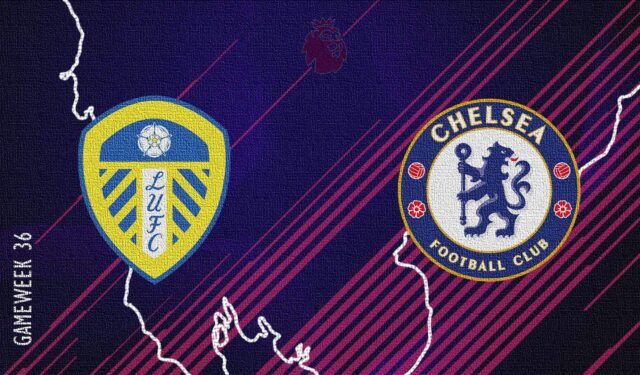 As the Premier League enters into its final 3 weeks, Leeds United face a season-defining match against Chelsea at Elland Road. The Peacocks dropped into the relegation zone after their 2-1 defeat against Arsenal at the Emirates. They currently sit 17th in the Premier League level on points with Burnley in 16th separated by goal difference. Jesse Marsch faces a race against time with 3 more games left to play. Chelsea meanwhile also haven’t yet clinched 3rd position with the Blues winless in their last 3 games. Thomas Tuchel and his men require 4 points from the remaining 3 games to clinch a place in the top 4 but life will get even easier if Arsenal wins against Tottenham in the North London Derby. It is a must-win game for both the teams with the Champions League or the Championship on the line.

Jesse Marsch will miss a host of first-team players with Stuart Dallas, Crysencio Summerville, Adam Forshaw and Tyler Roberts out for the rest of the season. Liam Cooper and Patrick Bamford are major doubts with the pair missing out on the trip against Arsenal last time out. Luke Ayling will be suspended for the game against the Blues after picking up a red card for a rash challenge on Gabriel Martinelli in the Peacocks’ 2-1 defeat against Arsenal.

Thomas Tuchel has endured an injury struck first full season with Chelsea. Ngolo Kante and Jorginho missed the game against Wolves last time out and are major doubts for the game at Elland Road too. Marcos Alonso was subbed off at halftime in the game against Wolves with a reported “heated exchange of words” with Tuchel after the German tactician was left unimpressed by the wingback’s first-half display. A dressing room source claimed “it might be the last ever game the Marcos plays in a Chelsea shirt this season” meaning he will be a doubt for the game at Elland Road.

Callum Hudson Odoi has returned to first-team training but it might be too early for the Englishman to return to action. Ben Chilwell will also not feature for the Blues with the Englishman continuing his recovery process after picking up a season-ending ACL injury in November.

Jesse Marsch is in a do or die situation with a lot of pressure building upon the American. Everton have managed two consecutive wins and looks to be in the pole position to survive the relegation battle. Leeds United will have to go all out against the Champions of Europe and will have the 12th man advantage with the Leeds’ faithful cheering on their team to add on more misery onto Thomas Tuchel. A tweak in their system might be the way for Marsch with Lampard doing the same in the Toffees’ 1-0 win at home against Chelsea. Everton switched to a 5-2-3 formation instead of the usual 4-3-3 to match Chelsea’s system. The different approach adopted by Lampard worked wonders with Everton dominating the entire 90 minutes. Marsch could try and imitate the same tactics and the American certainly has the players to do the job against a Chelsea side who are evidently low on confidence. A win for the Peacocks’ will see them move out of the relegation zone and if other results go their way, they might be very close to staying in the Premier League next season.

Thomas Tuchel meanwhile will have to find solutions to turn the Blues’ form around. Chelsea gave away a 2-0 lead with 10 minutes to play against Wolverhampton Wanderers in their last game in which soon-to-be owner Todd Boehly was in attendance. With only a point separating the Blues and London rivals Arsenal, the top 4 race is heating up and a win at Elland Road would virtually qualify Thomas Tuchel’s men for next season’s Champions League. The only positive Chelsea fans can pick out from the frustrating draw against Wolves is that Romelu Lukaku looks like he is back. The Belgian’s last goal in the Premier League came in December and his poor form since saw Kai Havertz making the no.9 spot his own. A change in the system for the Blues would be the way forward for their remaining 3 games with the back 3 system seeming to be ineffective. Chelsea’s inability to break down low blocks has been a pressing issue for Tuchel with the Blues dropping crucial points against teams who deploy this tactic. The 4-2-2-2 system Tuchel used in December and January when there were plenty of injuries and COVID absentees could be used again against the Peacocks. With the FA Cup final just 3 days after, there could be a lot of rotations in the Chelsea side with the likes of Ziyech, Chalobah and Saul likely to start. A win would be crucial for the Blues to boost their confidence ahead of the Wembley showdown with Liverpool and a chance to win their 3rd trophy of the season.

The 23-year-old is flying under Tuchel this season with the Cobham graduate having 27 goal involvements in all competitions this season. The Portsmouth born midfielder has the most goal involvements in the league this season amongst midfielders and is a favourite to win the club POTY. Mount is averaging 0.41 goals and 0.37 assists per 90 for his boyhood club and has overperformed his xG of 8.0 with 10 goals this season in the Premier League. His overall gameplay has improved under Tuchel and his importance in the Chelsea frontline is evident with the team creating fewer chances when he isn’t on the pitch.

The Brazilian winger has been phenomenal for Leeds United this season with 10 goals and 3 assists this season. The 25-year-old is averaging 0.34 goals per 90 and 0.10 assists per 90. His dribbling and finishing has helped Leeds massively in the final 3rd and the former Rennes man averages 5.23 progressive passes per 90 which justifies his importance to the Leeds team. Chelsea’s defence has been leaky in recent weeks with the Blues shipping 8 goals in their last 5 games. This would be good news for Raphinha who will look to add another goal to his tally against the London club having scored in their previous meeting at Stamford Bridge.